What is SIRT and what are SIR-Spheres Microspheres? 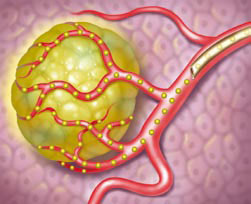 Who is suitable for SIRT?

SIRT is only suitable for patients who have liver tumours where either the liver is the only site of disease of the liver is the major site of disease. SIRT has no effect on tumours outside the liver. Before SIRT can be offered as a treatment option for patients, there are a number of other factors that have to be considered. Most importantly, you need to have a sufficiently healthy liver that is working satisfactorily. This is usually determined by a simple blood test.

Who conducts the SIRT procedure?

The SIRT procedure is conducted by a medical team that includes a specialist in interventional radiology, together with other specialists trained in radiation therapy or nuclear medicine.

What will my treatment team do before administering SIRT?

Your treatment team will want to know about your previous cancer history and any other medical conditions. They will then conduct a number of initial test to ensure that it is possible for you to receive SIRT safely. Normally patient will undergo two procedures under conscious sedation. Both procedures will include a radiology procedure known as an angiography. During the mapping procedure your interventional radiologist will block (embolise) the vessels to minimise the potential for the microspheres to travel to areas outside your liver(e.g. the stomach or intestine). You will also receive a small amount of a radioactive dye to check the amount of blood that flows from the liver to the lungs. Assuming that the results of these initial tests are acceptable, the dose of SIR-Spheres microspheres will be determined. The SIR-Spheres microspheres will then be administered during a second procedure which is conducted one to two weeks after the initial tests are completed.

How are SIR-Spheres microsphers administered? 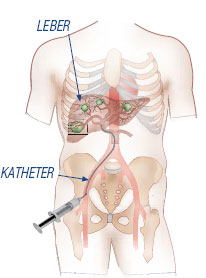 The interventional radiologist makes a small incision, usually into the femoral artery near the groin after application of local anaethesia. A small flexible tube, known as a femoral catheter, is then guided through the artery into the liver. The SIR-Spheres microspheres are administered through this catheter. The whole procedure may take about 90 minutes. You will be sleepy during the procedure but you will be able to communicate with your treating doctor and the team.

How do SIR-Spheres microspheres work?

The SIRT procedure enables radiation - which is often used to treat cancer - to be sent directly into the liver tumours by using the tumour`s blood supply. The normal liver tissue takes about 90% of its blood supply from the portal vein that flows from the intestine veins, whereas liver tumours receive about 90% of their blood supply form the hepatic artery. SIR-Spheres microspheres are targeted directly at the liver tumours via the hepatic artery, so radiation exposure to the remaining healthy liver tissue is minimised. The majority of mircospheres are approximately 32 microns in diameter, about a third of the width of a human hair. The microspheres are small enough to flow though the hepatic arteries, but are too large to pass through the small blood vessels within the tumour, where they become permanently lodged in the tumour bed. 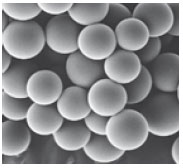 SIR-Spheres microspheres contain the radioactive element yttrium-90, which delivers beta radiation over a relatively short distance: an average of 2.4 mm in human tissue. Yttrium-90 has a half-life of approximately two-and-a-half days, therefore most of the radiation (over 97%) is delivered to the tumour in the first two weeks following treatment. Since SIR-Spheres microspheres are delivered directly to the tumours, this allows a larger dose of radiation to be implanted locally than possible with conventional external beam radiotherapy.

What are the potential benefits of SIR-Spheres mircospheres?

Will I have to stop my chemotherapy treatments to receive SIRT?

Generally, most patient`s chemotherapy is stopped two weeks before the SIRT procedure and for tow weeks after. However, your oncologist will determine if your chemotherapy needs to be stopped during this time.

What will happen after I have received SIR-Spheres microspheres?

Immediately following the SIRT procedure, you may be taken for a scan to confirm that the SIR-Spheres microspheres have been infused into your liver. You will also be monitored for a few hours after the procedure to enable the treatment team to determine whether you have any side effects or complications that require additional medication. Since you will have received a radioactive treatment, there are some simple precautions to be taken which include: thorough washing of your hands after going to the toilet; cleaning up any spills of body fluids such as blood, urine, or stools and disposing of them in the toilet. Your treatment team will also monitor your progress using blood tests and radiography scans at periodic intervals.

How soon can I go home after receiving SIR-Spheres microspheres?

This depends upon local conditions. Your doctor may keep you in hospital for one or two nights to ensure you do not develop any complications following treatment. Usually patients who have received SIRT can go home the following day or two after treatment and resume their normal daily activities at the earliest.

What are the side effects associated with SIR-Spheres microspheres?

Many patients have abdominal pain and/or nausea which normally subside after a short time with or without routine medication. Many patients also develop a mild fever that may last for up to a week and fatigue which may last for several weeks. As a precaution, you may receive additional medications such as pain-killers, anti-inflammatory, anti-nausea and anti-ulcer drugs with your treatment with the aim of preventing or minimising these side effects.

What are the potential complications from SIR-Spheres microspheres?

In rare instances, there is the possibility that a small number of microspheres may reach other organs in the body, such as the gall bladder, stomach, intestine or pancreas. If SIR-Spheres microphers reach these organs, they may cause inflammation of the gall bladder (cholecystitis), stomach (gastritis) or intestine (duodenitis). These complications are rare, but if received special training to minimize these risks and to prevent them form happening.

What should I do if I experience a side effect?

Will I lose my hair?

Is there anything I must avoid?

Will I have to change what I eat or drink?

No. You can and should continue to eat and drink as normal. Adequate levels of food and, in particular, fluids will help you return to your normal daily activities. Your doctor is the best person to advise you regarding alcohol consumption.